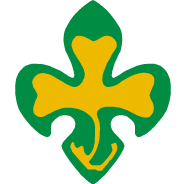 Honorary Membership can also be conferred for life on an existing member of SSAGO including ex-officio Honorary Members for exceptional service to SSAGO.

These are awarded at the discretion of the SSAGO Executive Committee although any member can nominate someone for honorary membership by contacting the National Executive.

There are usually only a maximum of two honorary members given each year and are usually presented either at the SSAGO AGM or the SSAGO Ball.