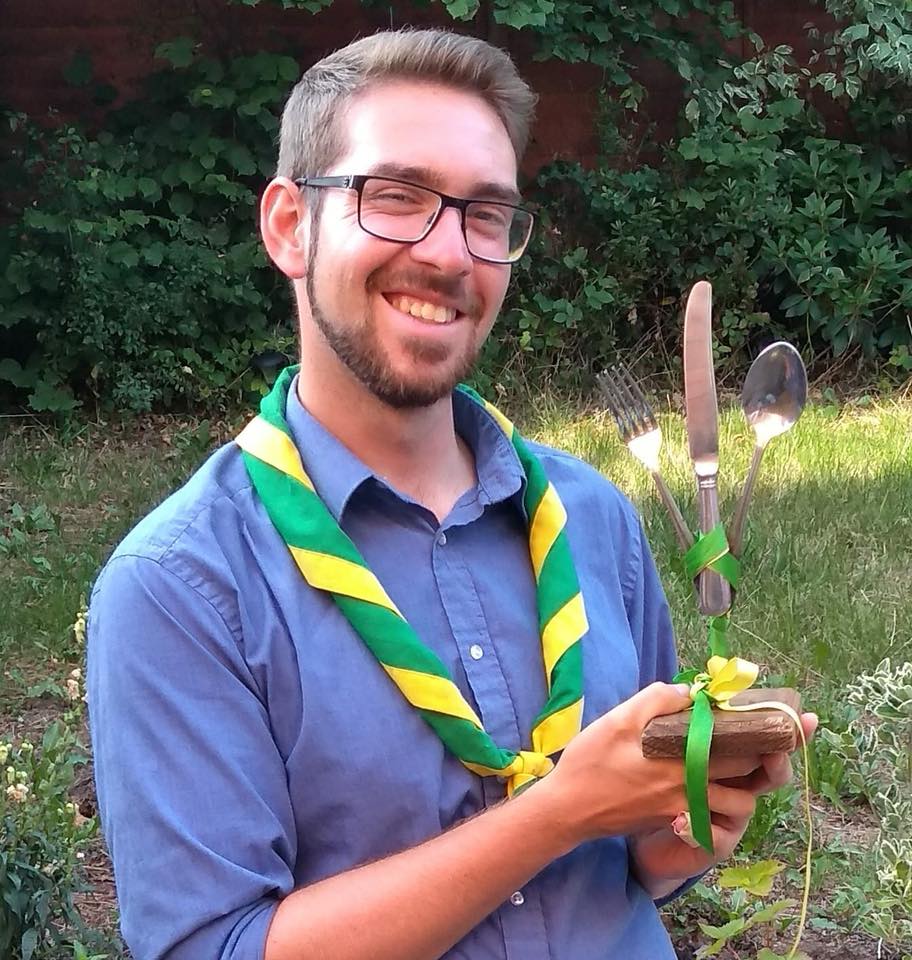 While at university James threw himself into every aspect of SSAGO at both local level as part of SAGUWE and nationally as Publicity Officer. His commitment is not just limited to SSAGO and volunteers with Scouting in Devon. In his time he organised and supported events, from UWE Rally to more recently the South West Summer Camp and is even now doing the same in SAGGA.

We had multiple brilliant nominations for James. Below is some of what they said:

“From day one James has given his all to ssago, and personally ensured that SAGUWE has gone from success to success. His 'just do it' attitude means that nothing gets forgotten or left behind, and is so invested in everything he does.”

“The most important thing he has done is be a friendly and welcoming face to everyone; I have never heard a bad word said about him and that must count for something!”

“Without him nether SAGUWE, SSAGO, or myself would be where we are! (I definitely couldn't have run SW Freshers '16 without him, and I'm 100% sure he's the reason SAGUWE Feb-u-rally was so awesome!)”

“James has gone above and beyond his role as National Publicity officer, raising the profile of SSAGO higher than it’s ever been before. He’s devised and organised so many SSAGO Support events, getting us to volunteer in new and exciting ways.”

“Despite being a Scout Leader, James has always made sure that he considers Guiding and Guide members in everything he does, and has helped make a great relationship with the staff at Foxlease, whilst organising us attending Wellies and Wristbands, and Sparkle and Ice.”

“Sadly I believe James is planning this to be the last year of his involvement with SSAGO. It will be a real shame to see such a dedicated and loveable character leave us, and I would love for his time in the organisation to end on a real high, where we really recognise the work he has done for us all.”