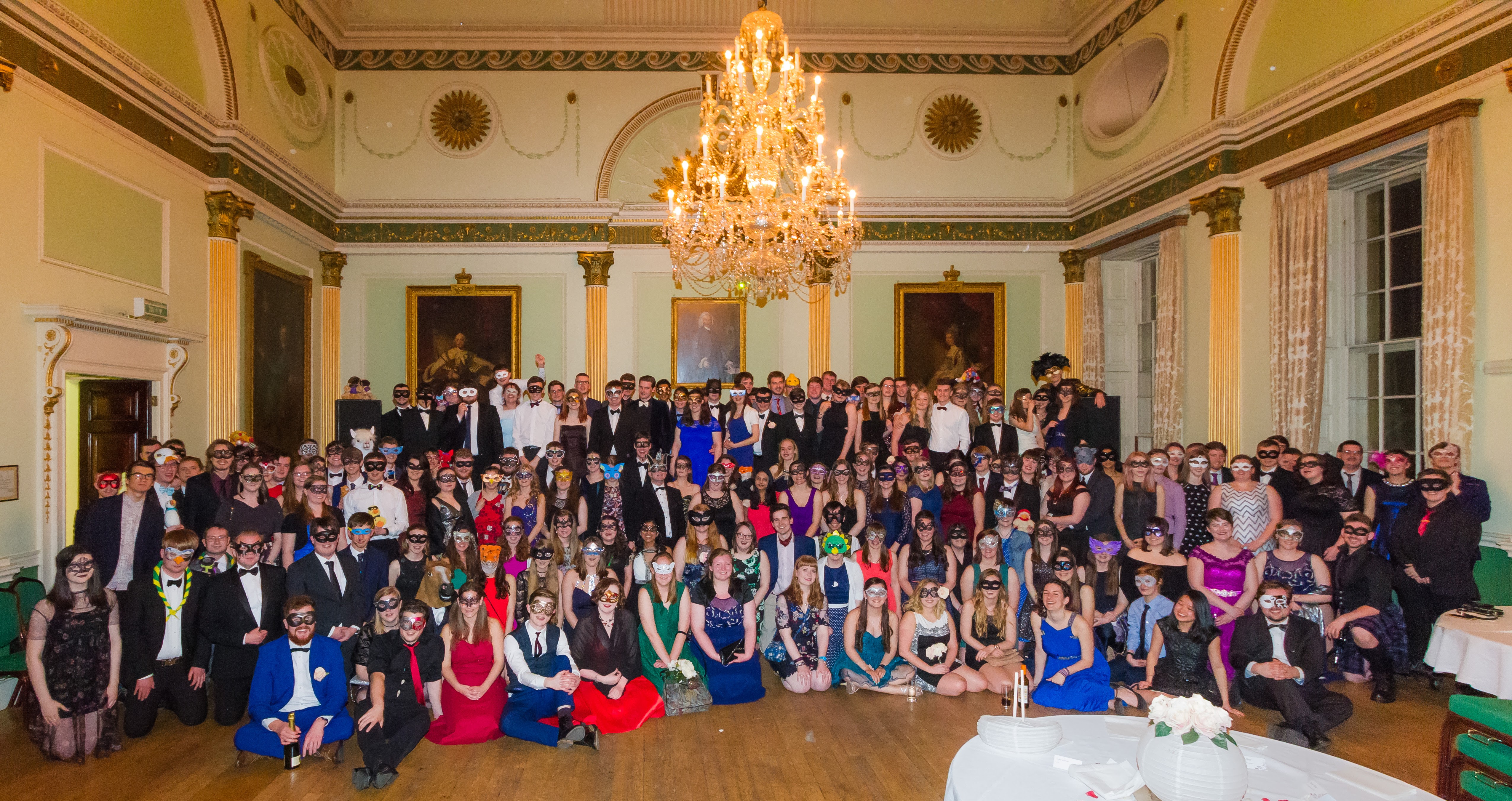 Over a year ago, Bath BUGS won the bid to host the National Ball in 2017 with our idea; Bath Masked Ball. We promised many things such as cheap accommodation and wine aplenty (but said nothing about the weather!).

Our amazing committee was formed; Rebecca as Chair, Eleanor as Vice-Chair, Roddy as Treasurer, Jess as Secretary, Matthew as Events Officer and Caroline as Fundraising Officer, and preparations began. Plans fell into place over the coming months in the run up to the Ball. We chose our venue, the beautiful Georgian Guildhall, and started booking caterers and DJs and photographers, as well as planning an entire weekend of activities.

Soon months of planning finally led up to the big day. The whole weekend was action packed, starting with a journey around some of the finest drinking establishments Bath has to offer on the Friday evening, which included a cheeky stop at Nandos! Members from various clubs across the country made their way to Bath (and even Aber made it in time for Ball!).

The big day itself came, and whilst the committee were busy setting up the Guildhall, Ball-goers enjoyed the Bath Skyline Hike, and others had the chance to explore the city. Our “Unorganised Activities” provided participants with all the great things to do in Bath, and we’ve seen photos of SSAGO in the Roman Baths, the Abbey and mini golf in Victoria Park, as well as many more. Although we didn’t promise great weather, great weather we had! Especially compared to people’s memories of Bath before Ball which may include flying tents and lots of Domino’s… 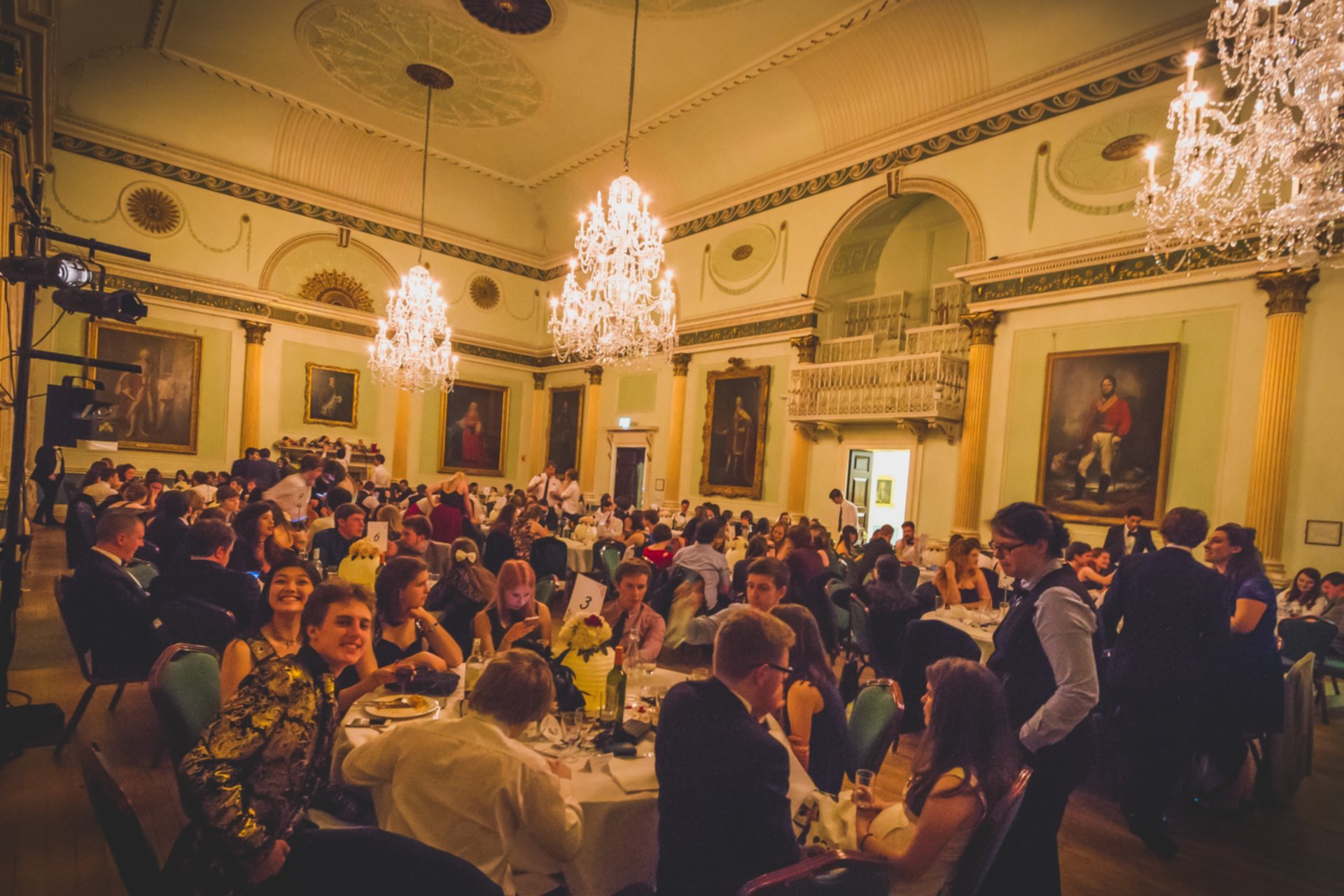 The evening came, and after Pre-Drinks, Bath Masked Ball officially opened. SSAGO flooded the amazing Banqueting Room, got acquainted with the bar, and took loads of photos next to some of the huge fireplaces. (And thank you to the Snapchat of the huge chandeliers which said ‘this place is too classy for us’… You can never be too classy for Ball!). The three course meal was served, which was followed by the speeches. Speeches were given by Rebecca and Roddy of the Ball Committee, as well as the incoming and outgoing SSAGO Exec Chairs, Josh and Anna. The Cutlery Cup was awarded, and then came the serious business of the Masked Mascot Competition. A bottle of champagne the prize, and with the competition fierce, it seemed like an impossible task for the judge. But it was PUGS who took the prize, congratulations! After a group photo, the disco commenced, going well into the night. And once this was done, SSAGO hit the clubs of Bath with the After-Party.

The Sunday saw Bath’s local Wetherspoons packed out with members from SSAGO. Breakfast (or for those who slept in, lunch) was on the menu, whilst everyone caught up and chatted about the night before. Then several groups took part in the infamous Monopoly Run around Bath. A great way to see the highlights of Bath, the competitive edge making it more interesting… Another congratulations to PUGS for winning! But then it was time for everyone to make their way home after the weekend. 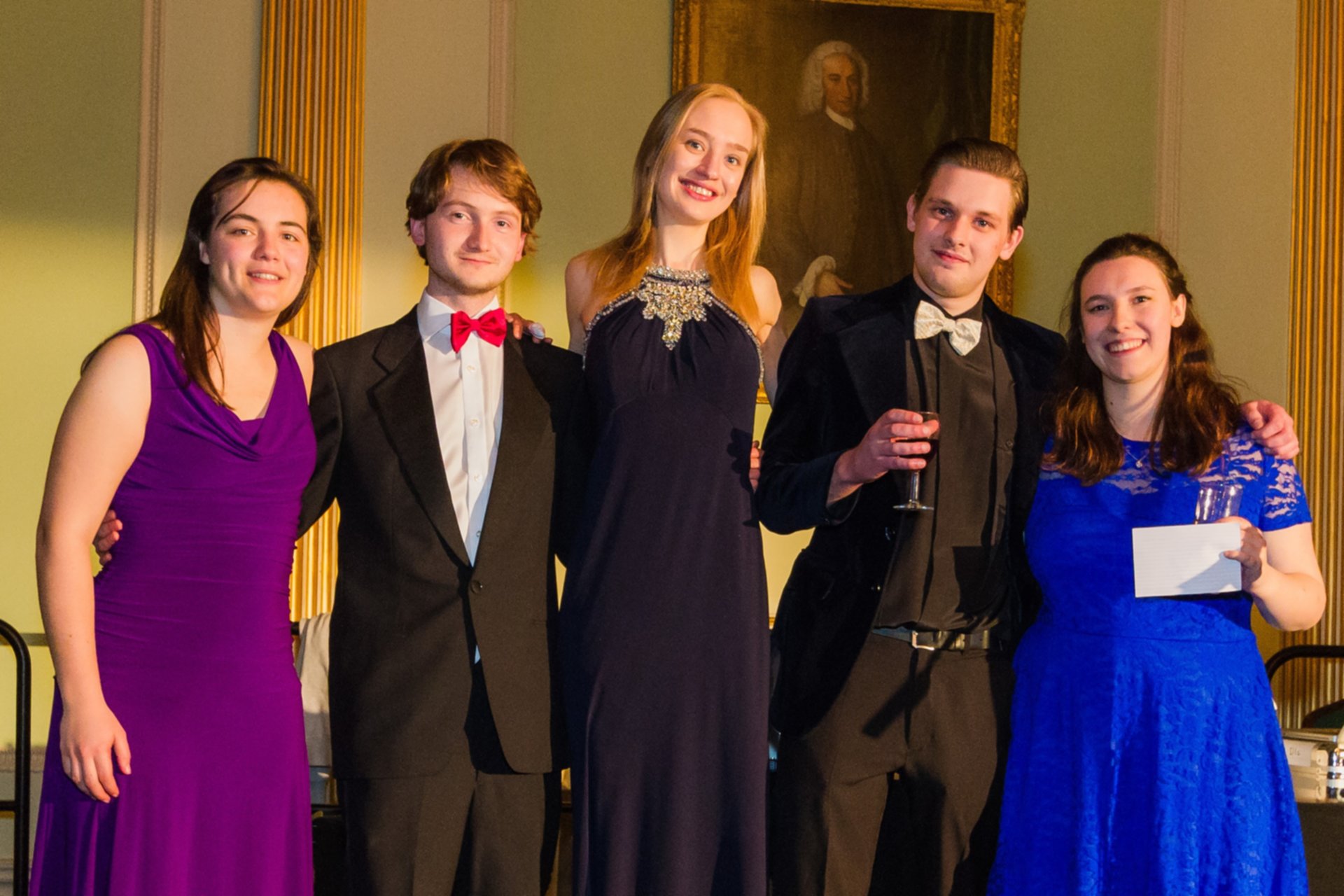 Bath Masked Ball is now officially over, marking another SSAGO ball coming to a close. We, the Ball Committee, want to thank you for coming, and we hope you had a fantastic time!

Until next time… BUGS love!

A collaborative album of all the official Ball photos, and others added by SSAGO members, can be found here: 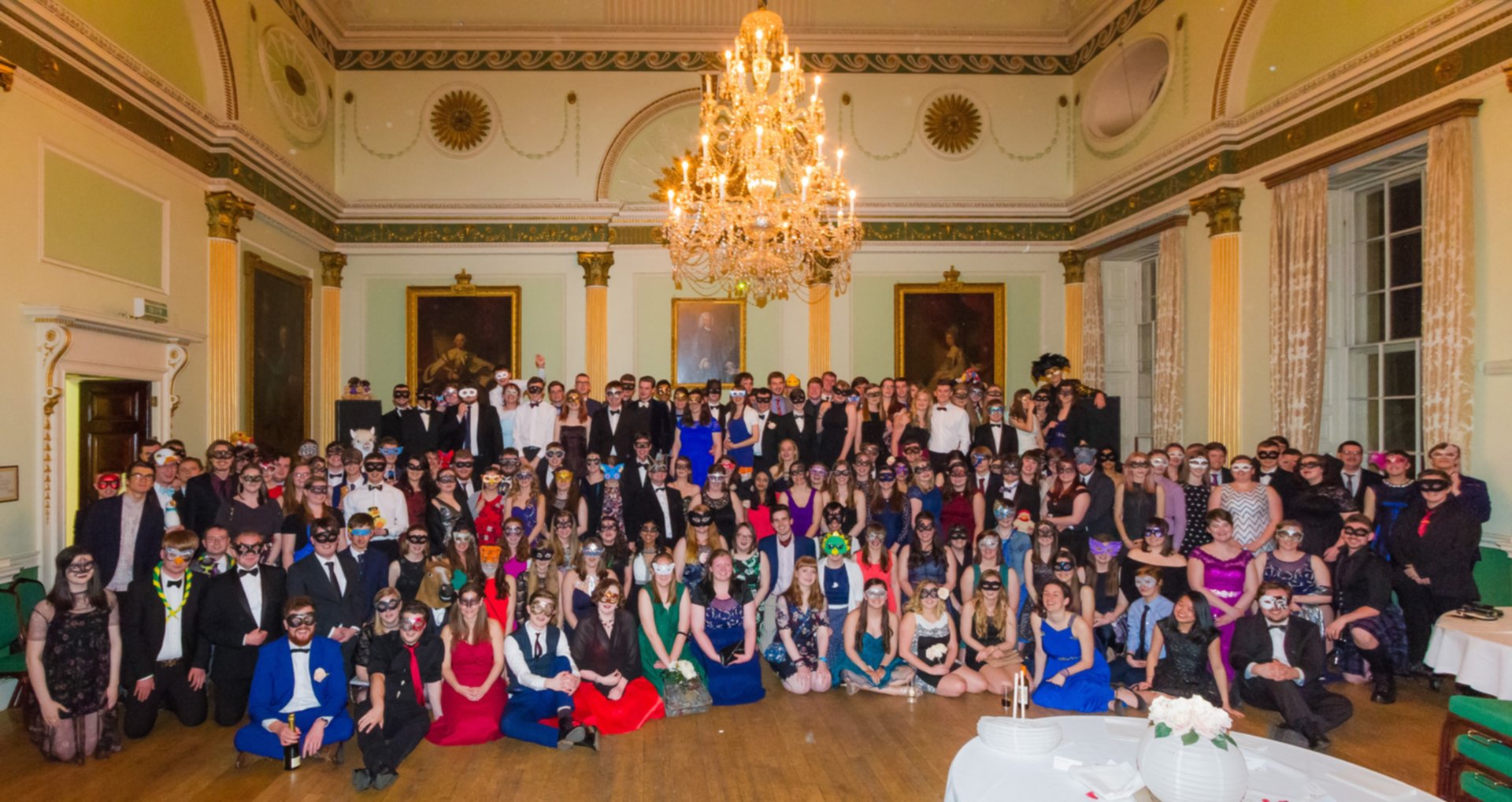